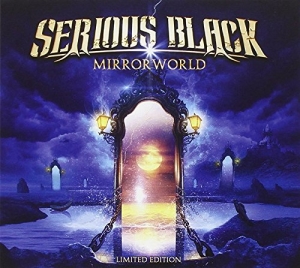 Serious Black, established in the genre of Power Metal, is a well-known ‘Supergroup’ from Germany. After their debut album As Daylight Breaks in early 2015, the band is finally back with their next creative output: Mirrorworld!

Mirrorworld is, like its predecessor, a full length album, featuring 9 tracks on its standard edition plus an additional 7 bonus tracks on its limited edition. I highly recommend to check out the latter, as some of the bonus songs are really great! Though there were some line-up changes during the last year – Roland Grapow was replaced by Bob Katsonis (Firewind) and Thomen Stauch was replaced by Alex Holzworth (Rhapsody of Fire) – the band continued writing great music and remained true to their style!

Having worked together with the band before, I was delighted when they asked me join forces again for Mirrorworld. As a result, I contributed with some additional orchestrations to a couple of tracks, recorded some keyboards and composed and produced the intro-track Breaking the Surface! The album was released on September 9th via their label AFM Records. 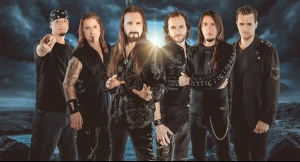 Again it was a pleasure to work with those guys, they are amazing musicians and truly a great bunch of people! Looking forward to the next one already.

Make sure to check them out live, the will start touring soon! Once again, if you love fast and heavy Power Metal, melodic guitar work, catchy keyboards and powerful vocals, this one is a must-have!

I’ll be very surprised if this album isn’t held in high regard for many years to come!

It’s better, bigger and essentially, taking more space. It’s got cheerful and big songs with adrenaline pumping lyrics as well as low key songs with touching lyrics and I also sense a little bit of 80’s inspiration – unintentionally or not, I love it.